PALAZZO CHIGI AND CHAIR OF COUNCIL

Since 1961 the historic Palazzo Chigi has been the seat of government and home of the President of the Italian Council of Ministers. It sets in the center of Rome between Piazza Colonna and Via del Corso, next to Palazzo Montecitorio.

The most important rooms of Palazzo Chigi are on the first floor facing outside at the corner between Via del Corso and Piazza Colonna. They currently correspond to the President’s office, the room that works as waiting room, the meeting room and some small adjacent lounges. This part of the building roughly coincides on the old edifice built by the Aldobrandini family and designed by Matteo Da Castello, the famous architect of the sixteenth-century Rome.

The rooms on the first floor have their access by a majestic staircase, work of the architect Felice della Greca and built by the Chigi family in the second half of the XVII century. 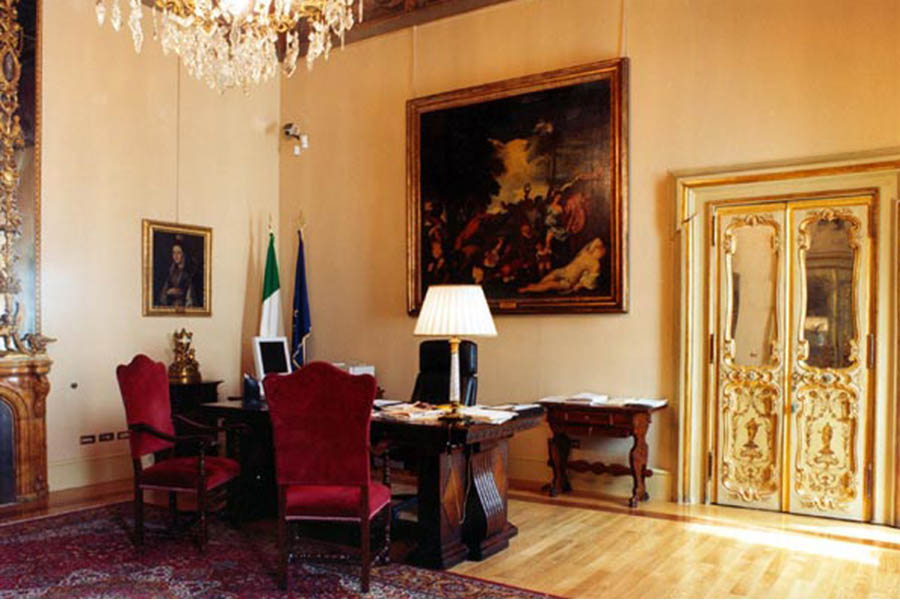 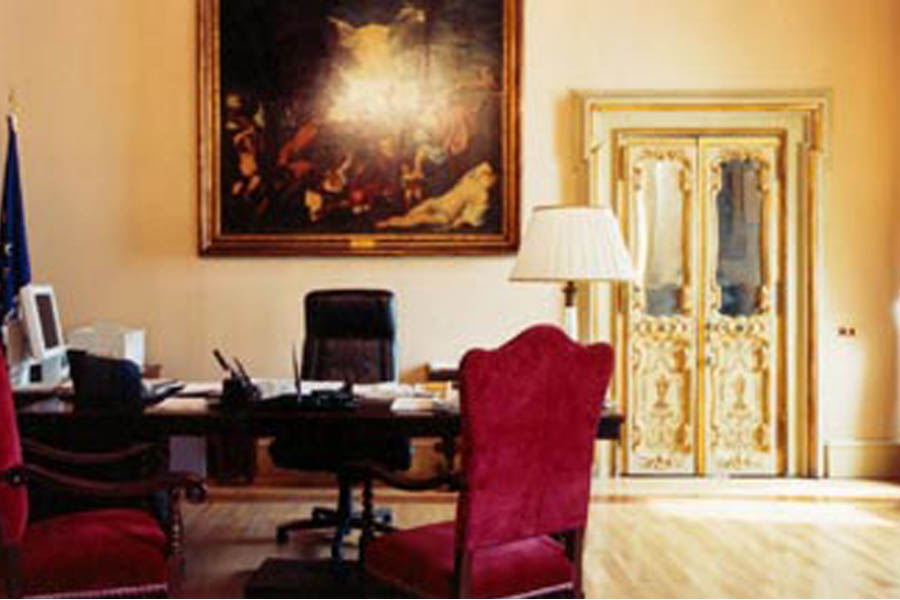